Few photographic genres elicit as much debate regarding their scope as street photography does. Being a member of a few street photography critique groups on social media sites, I often come across the dreaded comment, ‘this is not street,’ below a picture that its shooter believes to be so.

How come, after close to a century of evolution in the genre, is the definitive definition still elusive? The culprit is probably the name itself.

When Henri Cartier-Bresson and his contemporaries ventured into capturing the candid daily lives of people in the early 20th century, the streets of Paris were the natural locale to explore. This life reportage, an offshoot of photojournalism, was rightly dubbed “Street Photography”.

But when Cartier-Bresson developed his ‘decisive moment’ outlook in the early 1950s, whereby this fraction of a second where all the elements in the photograph fall into their right place to give it its ‘proper expression,’ he wasn’t restricting this moment to capturing it on the literal streets. In fact, his main – and only – inspiration to develop his style was the following shot taken on a beach: 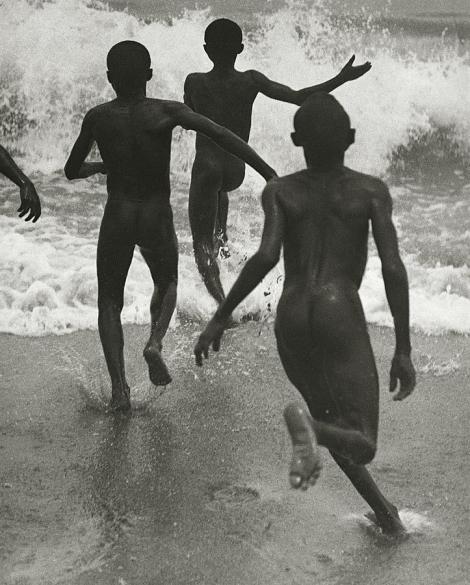 He said: “The only thing which completely was an amazement to me and brought me to photography was the work of Munkácsi. When I saw the photograph of Munkácsi of the black kids running in a wave I couldn’t believe such a thing could be caught with the camera. I said damn it, I took my camera and went out into the street. I suddenly understood that a photograph could fix eternity in an instant.”

When other photographers adopted the decisive moment as their own, the genre became fertile grounds to capture the humor and absurdity that daily life can contain, and what started as documenting people’s lives soon developed into documenting life itself – even when unpeopled.

Cartier-Bresson’s quote about ‘fixing eternity in an instant’ can definitely be deemed poetic, yet an absolute truth lies behind it. Take a look at the two photos below and imagine yourself right in the midst of the scene, right where the photographers were. 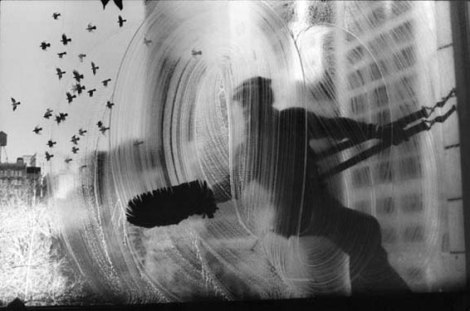 Had these shots not been captured, our eyes might not have even thought twice about the views in front of us: a lady dancing and a window washer going about his job. Yet when frozen, it’s magic. This approach to photography is not constrained to the streets themselves; even in outer space we can do street photography.

So through the years, the name ‘street photography’ stuck, yet the scope of the genre expanded so as not to be limited by the streets. As can be seen from the following pictures (taken by Magnum photographers), the ‘curiosity about what is going on in the world’ can be displayed anywhere: 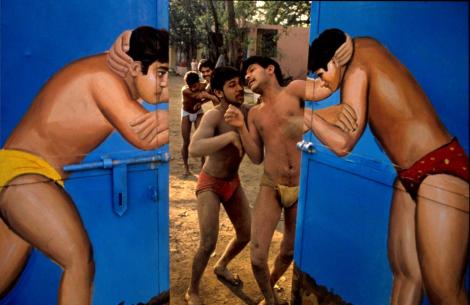 iN-PUBLiC, the collective that defines the British school of Street Photography, says in its manifesto that its photographers “see the unusual in the everyday and to capture the moment.” It bears repeating that the unusual in the everyday can be found anywhere: in a museum, during a wedding reception, or even while someone is hanging in mid-air. Such reveal the pictures below from iN-PUBLIC members: 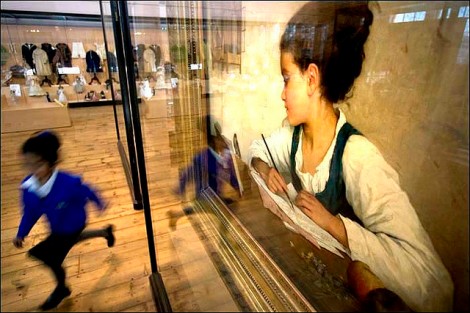 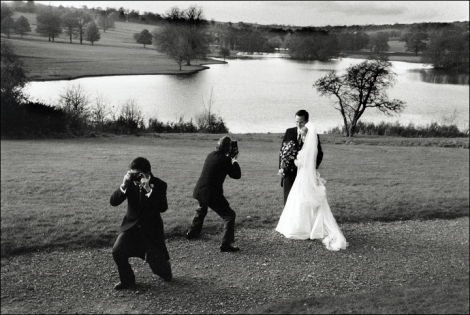 This evolution of the genre has been so pronounced, from the candid documentation of people’s lives to capturing the unusual in everyday life, that it is starting to show through the work and mission statements of newly-emerged street photography collectives as well. Un-Posed put the term street between quotation marks, downplaying the importance of the title itself when describing what they did: ‘[t]he group consists of photographers specializing in unposed, non-studio photography also known as “street”, which is classified as a type of documentary photography.’ Burn My Eye, another collective, eschews the word ‘street’ altogether, stating that it is ‘aiming to show the extraordinary within the ordinary using candid photography.”

Far from saying that the streets are no longer important, Modern Street Photography is only emphasizing the idea that its viewpoint and aesthetic can be taken anywhere – not only on the streets.

One photographer who keeps raising both eyebrows and voices as to whether her style is ‘real’ Street Photography or not is Kate Kirkwood. Keeping in mind that winning an international SP award, having one of her photos chosen by the ‘the Street Collective’ (a fundraiser distributing proceeds of photo sales to impoverished communities), and having another one of her photos displayed at Tate Modern should surely render these objecting voices meaningless.

Still, as can be seen in her shot below, it is not always easy to accept ever-expanding limits of the genre.

Take a good look at the shot: two yellow flowers in the foreground resonate with the bull and cow ‘caught in the act’, a windblown tree in the background parallels the windblown tail of the cow, and a single brown reed echoes the shape of the cow’s udders.

It’s safe to say that it is candid and rife with juxtapositions – two of the tenets of SP – but would you ever have considered this a Street Photograph before?

3 responses to “Get Off the Streets”

The Beirut Street Photographers (BSP) is no longer active and some of the content here may be dated. Thank you for all those who have supported us through the years and been part of this community since 2010. While we are no longer as active as we once were, we may host photo-trips every once in a while and will share those or any other updates on our Facebook page.

All photographs featured on BSP’s blog are copyright of their individual owners (credited below each photograph) unless otherwise specified.